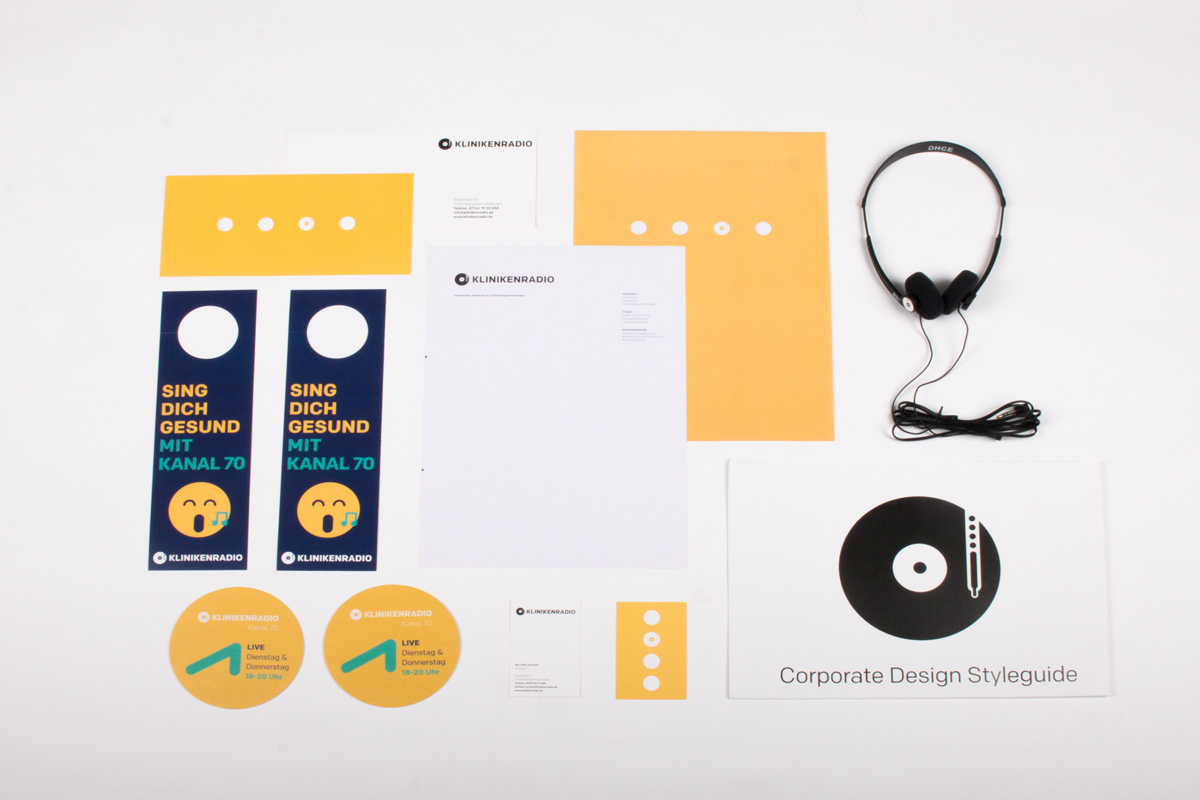 “3.2.1. And we’re live on the air.” This time however not with a commercial radio station, but rather in the hospital. Because there in Bietigheim Bissingen the association is called hospital radio. Its members make on honorary basis like the name already says radio transmissions for the there patients and employees and their goal is it these to motivate to up-bear and from the everyday life divert.

Such a kind of association is so rare that the term is not to be found actually even in the Duden. Therefore this Bachelor thesis deals with the ever more difficult survival situation of these associations. Consequently for the hospital radio in Bietigheim Bissingen a completely new appearance was conceived, so that it stands out on the one hand from the constantly growing competition at Radiosenders and on the other hand from the various means of publicity within the hospital and is also really noticed.