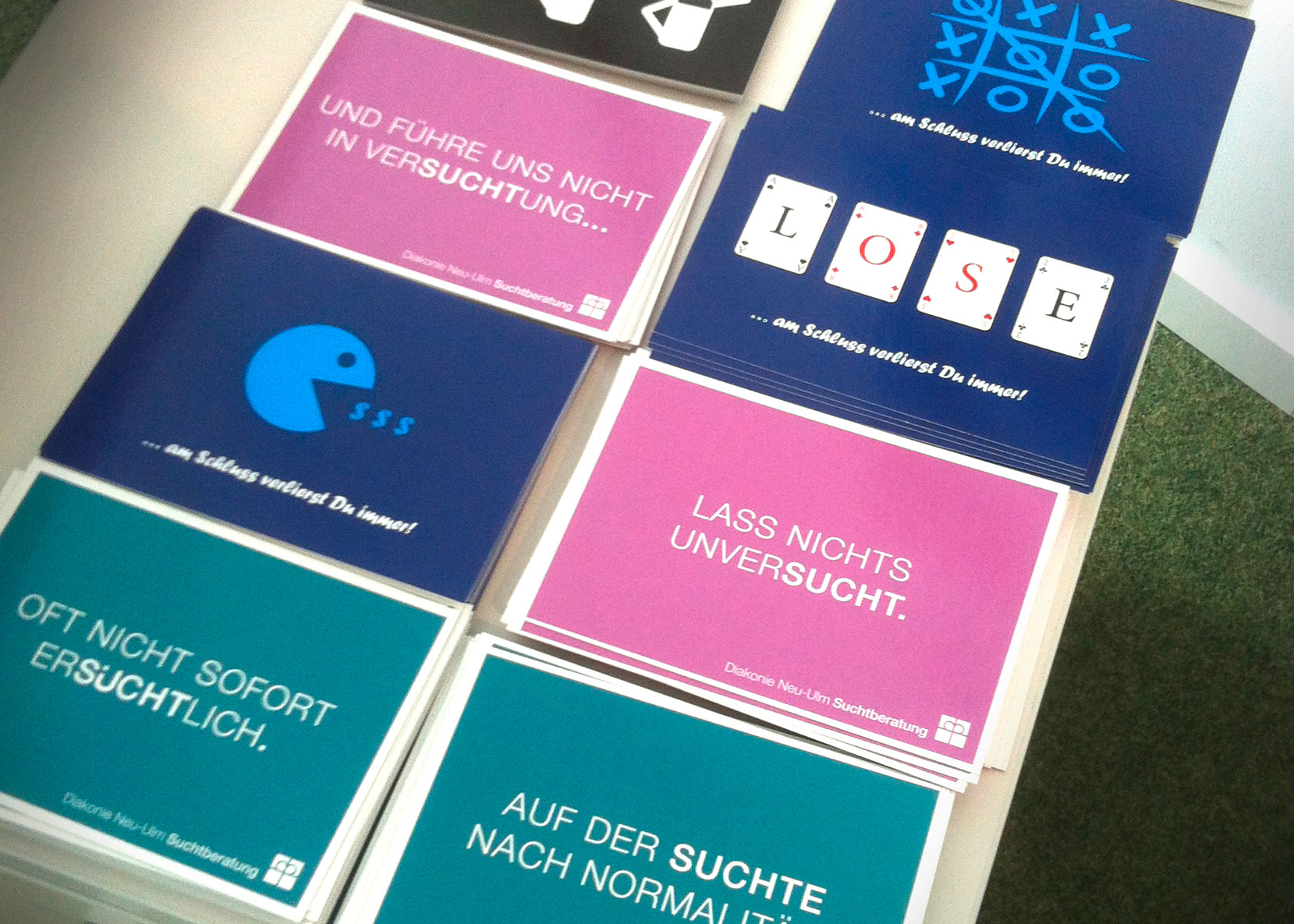 Addiction counselling was looking for attractive visuals that neither deter nor come along with a raised index finger. After the first collection of ideas, drafts and joint discussions, the drafts were presented to the team of the counselling centre. The suggestions were so numerous and so well received that Diakonie had not just one but ten postcards printed.

With a press event and an article in the Südwest-Presse, the project “Postcards for addiction counselling” has now reached a round conclusion: The supervising lecturer, Mr. Robert Heissmann, had travelled specially to present the project briefly and the students were asked to answer questions from Ms. Sturz of the SWP. They had the opportunity to show the specially produced presentation clip again.