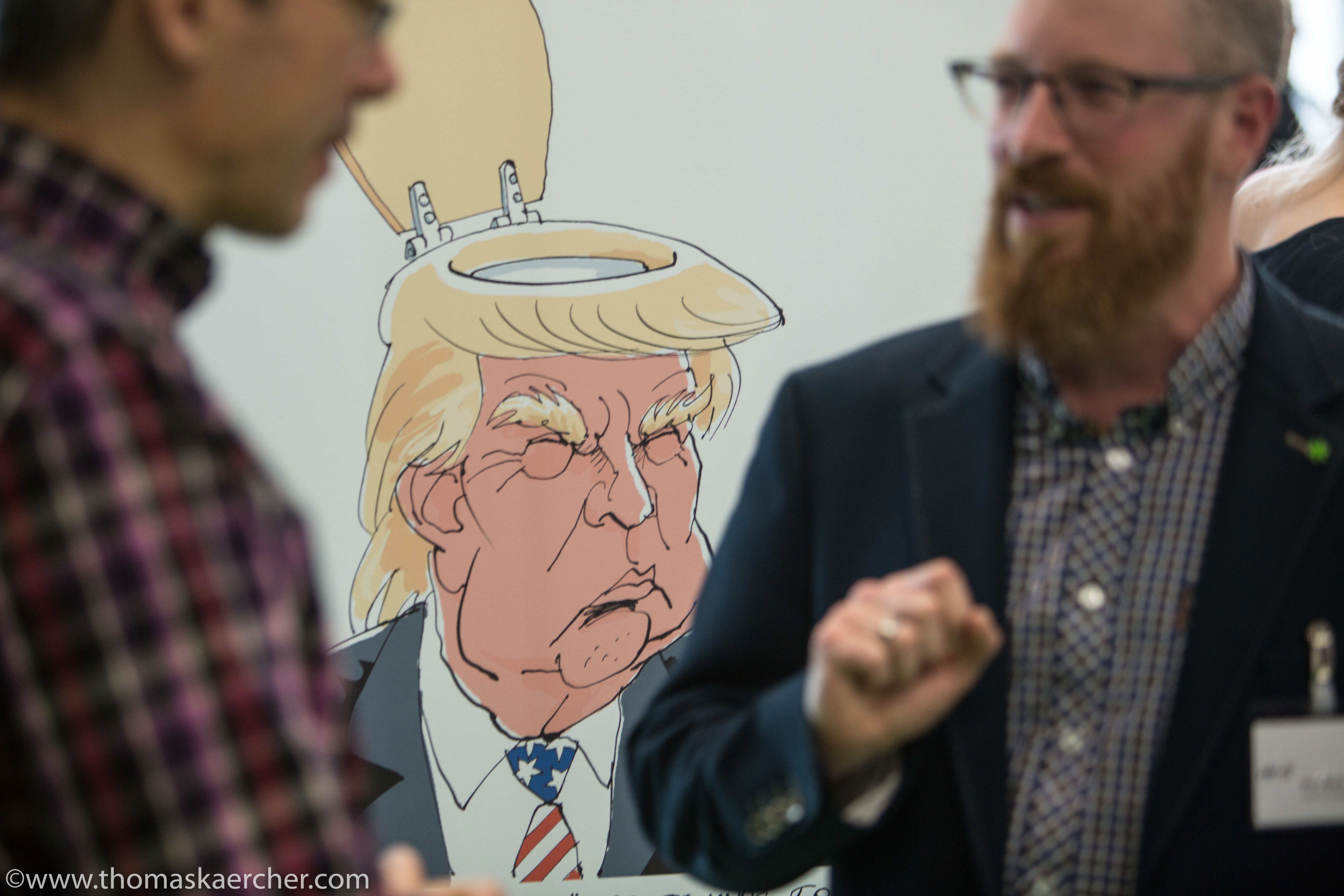 German Award for the Political Caricature 2015

The award ceremony and vernissage were under the patronage of the new Lord Mayor of Ulm, Gunter Czisch. On 22.04.2016, the winners of the renowned national cultural award were honoured for their artistic achievements in the premises of the private HfK+G University in Ulm. This cultural prize can already look back on 20 years of existence and is considered one of the most important prizes in this genre. A total of 24 renowned artists with 29 works have impressively summarized the politically dominant themes of the year 2015 in pictures and words.

Whether refugee crisis, NSU trial or primary elections in the USA, no topic is left out to satirically denounce the absurdity of some political approaches.

While the first prize-winning artist TOM Körner deals with the ubiquitous refugee problem, the second-placed Volker Kischkel, known as Mock, with his caricature “Nazi Goreng” addresses a long-smouldering and explosive topic.
Til Mette, an award-winning artist, treats a completely different concern, namely a social one, as third place. With the work “Sonst gewinnen die anderen” (“Otherwise the others win”) he questions with much profound humour a part of our society that does not help itself out of its social misery out of “protest”.
In addition to the three main prizes, 21 other caricaturists and cartoonists were also honoured. Klaus Stuttmann was honoured, among other things, for a caricature that simultaneously parodies the construction of the new Berlin-Brandenburg airport and the VW exhaust affair.
LUFF, alias Rolf Henn does not leave good hair on “Trumps Frisur”. Burkhard Mohr was even awarded five of his works, and Miriam Wurster takes a visual look at the increasing networking through Google and Apple.

The other award winners: