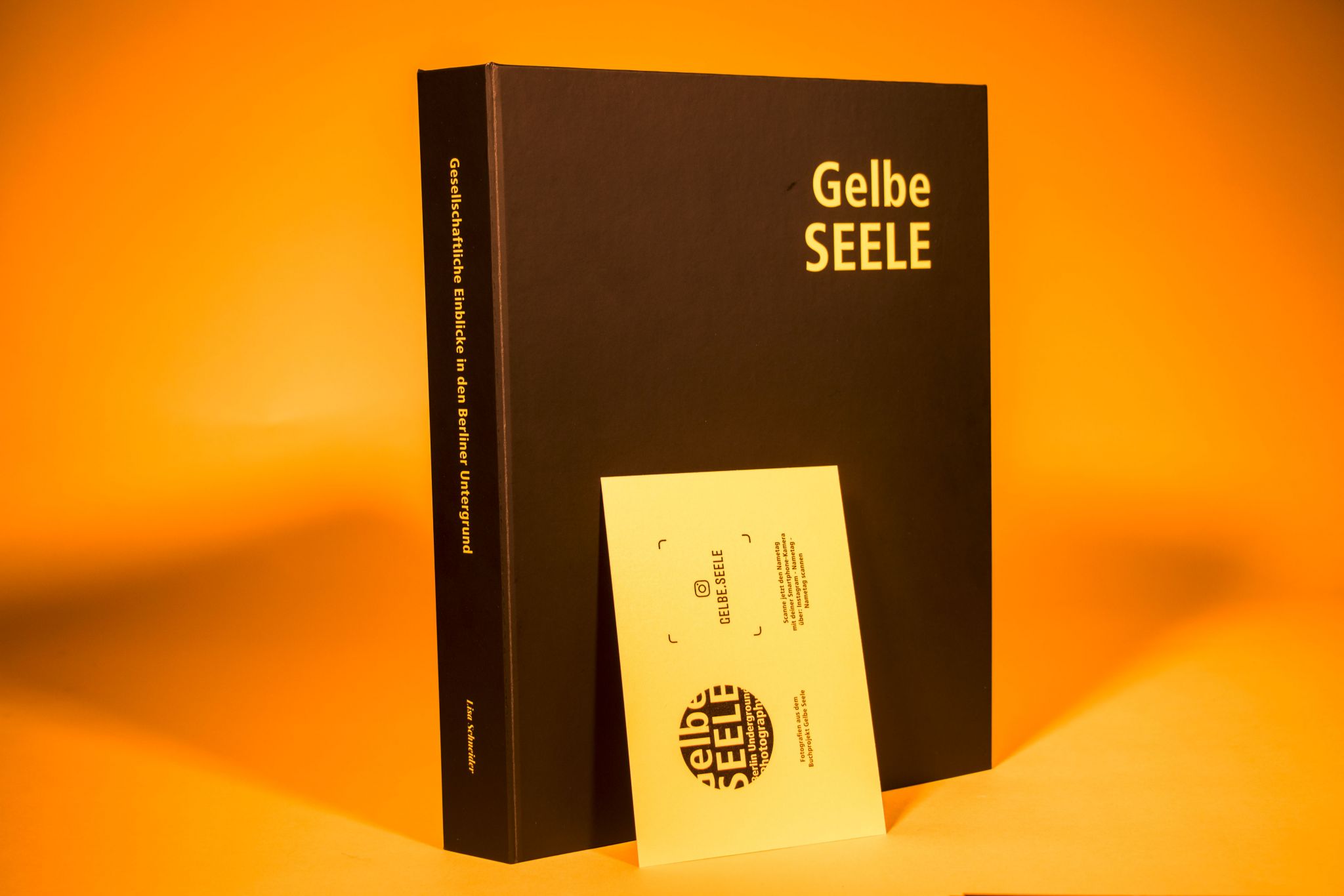 The book “Yellow Soul” takes the reader on a journey through the Berlin underground, focusing on the social aspects of humanity, social hotspots and the common use of the subway, whether as a means of transport, source of money, moving screen, workplace or retreat within our capital.

Interviews with people found on the train, such as a commuter, some tourists, a subway driver, a street musician, a homeless newspaper vendor and a subway sprayer were transformed into short stories to give the reader an insight into their current life situation and their relationship to the Berlin subway, while these are supported by spontaneously taken photographs.

The book is divided into three parts, the first containing the stories of the aforementioned personalities, while the second and third parts consist of pure photographs, partly of people who are completely foreign to the Berlin subway, partly of impressions from the underground.